recent_artcl
Menu
There Is No Free Lunch!
If you use my FREE PRODUCT only then I will earn!
Back

Eventually Will We Be Paying To Be Seen On Search Engine! 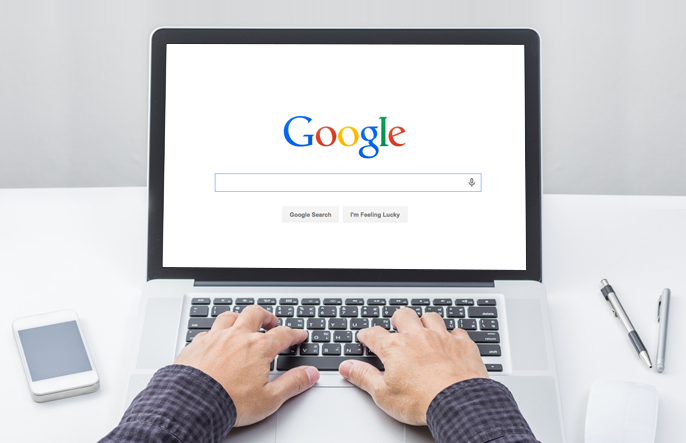 In the world of Internet we don't pay to use wonderful tools like Search, Mail, Upload Personal Videos & Photos, Video calling and so on; For example Most of wonderful and powerful tools (Like Gmail, Google, YouTube, GChat, Google Hangouts, Google Maps) offered by GOOGLE is FREE to use!

But fact remains there is no FREE LUNCH; to offer these powerful tool developer has to bear huge cost on IT TEAM and infrastructure ! When tool is free the revenue comes from Advertisements and advertiser pays because billions of people all across world is using same single tool. Its like if you use my tool only then I will earn advertisement revenue! And you are using it because I have created very useful tool for you and not charging for the same.

In a way it's mutually helpful; though eventually time comes that we have no choice but start paying to get the full benefit! What are we talking about ? Yes we are talking about most powerful search engine GOOGLE which has made us addicted to search anything and everything we want in our day-to-day life!

Till date on home page / main page of google you don't see an advertisement; its only a plain BIG search box on centre of page; unlike other search engine like Yahoo where you see too crowded page with apparently big Image advertisement just below search box !

Just like any other FREE tool Google's main revenue is an advertisements Refer to my article “Advertise with google and reach everywhere on Internet!” & “Google Earns while you search, read gmail, watch YouTube Videos or surf other content site!"

Having said that : Lets go through this journey of how advertisement placement format keep changing and we are touching to a point that we might not been visible without paying Google!

Paid Advertisement Text Boxes they used to display earlier on Right hand side been bought on Top & Bottom; this way when earlier it was displaying 10 NOT Paid / FREE search results have changed and they pushed it down on google search engine result page or say bought in middle as after 10 Free listing you again see Paid advertisement. Free results are now like a sandwich between paid advertisement on Top & Bottom. Refer to screen shot given below. You can clearly see "Ad" written in green indicates this listing is an advertisement or paid listing. 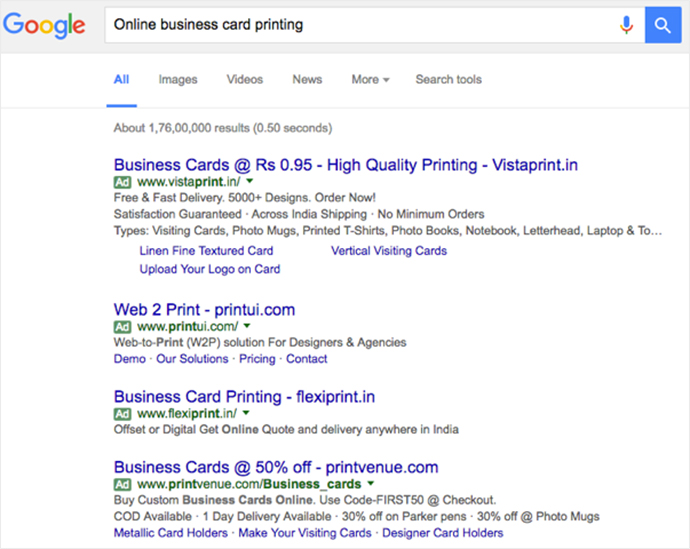 That was not an end; Shopping Campaign advertisement appears on the right as well as on the top pushing free search further down and without scroll you might see only Paid advertisement See Screen Shot Give Below; 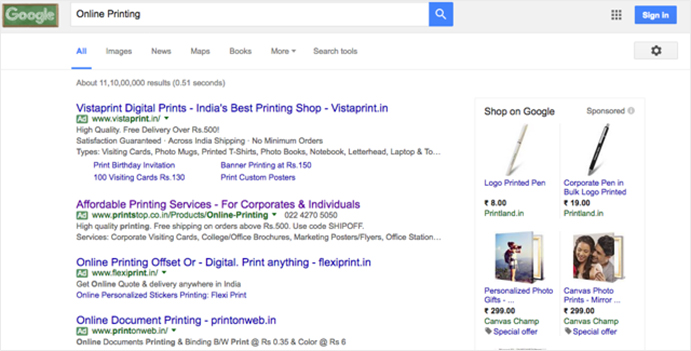 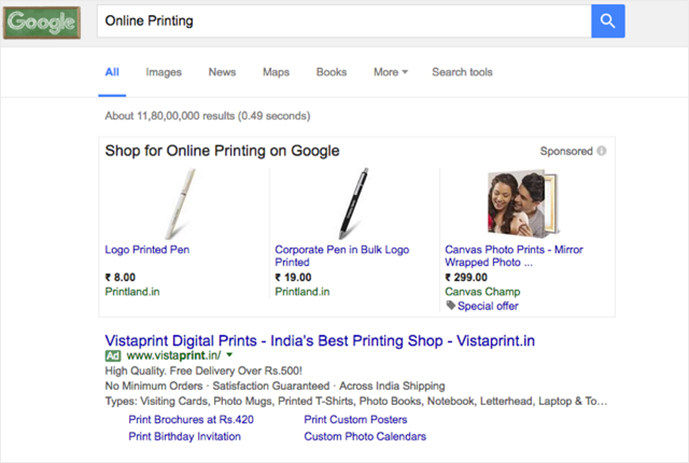 And yes most important point is within sequence of advertisement those advertise bid highest per click cost gets first place and rest of advertisement in descending order of their bidding. This way advertisement rates are not fixed and keep getting increase or decrease based on bidding of cost done by other advertiser.

We all love google and they still keep close monitoring on quality of paid advertisement as they don't want to lose the image of “ALWAYS ACCURATE RESULTS” on google. As a consumer we still don't pay; but the POINT here is as an advertiser, business small or big, entrepreneur or consultant Eventually Be Ready to Pay To Be Seen On Search Engine!