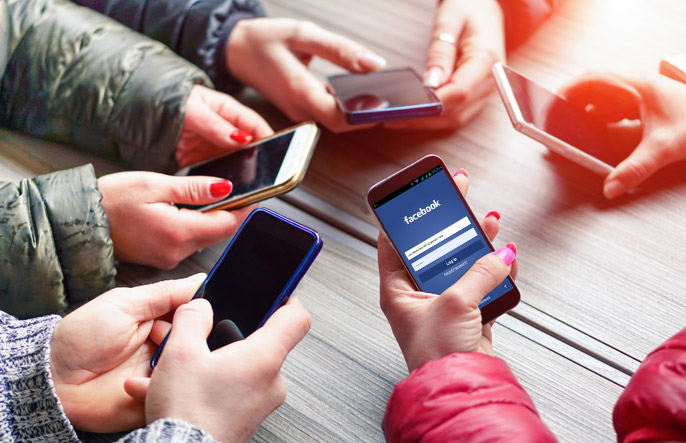 Facebook is amazing social media platform which has millions of users regularly logging in, reading post, updating, adding friends & sharing everything that's happening in and around their life. Needless to say with Facebook Mobile App; people are checking and updating things on the move. They can take photos and share in a second.

What keep people hooked up to this platform? It's a platform which work on human phycology using wonderful technology. Until February 2016 there was only reaction you can express on post which is LIKE

button a Thumb UP

; matter of fact all post are not always likeable; such as if some one writes about “death of some one close” how others will react to it? You can't Like the death message; you have no other choice but to write a comment to express your reaction on death!

& hence no negative reaction – “UNLIKE” ever been introduced; It's a social platform and normally in a real social world we return a smile for smile; same way People Like your message and post if you like there's!

And as a social platform I want people to interact more instead of diss liking each other's post and possibly in negative reaction un-friend each other! Which is loss of subscriber interest to the platform & so they might not post content to the groups as their message been diss-liked and off-course directly affecting an advertisement revenue which is must for this giant platform to manage & keep it running.

Even after February 2016 they worked on more reactions like ““love

” but NO UNLIKE; idea is still allow user to only react positively; well thought of move; for example reaction of SAD

on “Death of Some one” , ANGRY

to support your post where you are expressing Anger on some issue; and others are supporting it by ANGRY reaction; in a way though it sounds negative; friends will be using it in positive sense by supporting your anger / sadness and indicating they too are angry / sad on what happened to you!

That's not an end; there is something known as Edge Rank it's also FB algorithm working on human phycology; Facebook uses Edge rank to decide what post will go on top of a particular's user's news feed!

For example, I am friends with SOMEONE on Facebook. I write often on his wall, and we have 100 mutual friends. We both like each other's posts. This way Facebook's human phycology algorithm knows we want to see each other's post more.

Facebook works out Edge Rank score by looking at action and reaction user's take. They calculate strength of action, frequency and how close this person is to you; based on how much you like each other's post. Indirectly what you see on your wall is what you really like; post of other's to which you never liked will possibly go at the bottom or will never seen on your wall.

The whole idea is keeping user attached with each other and slowly make them addicted to the platform so that Facebook keep generating more subscriber , more content and finally huge advertisement revenue.

There's always a difference between you been addicted to something v/s you been made to get addicted ! Facebook's addiction is well researched human phycology backed by technology to make you addicted to the platform. I am sure now you know What Keeps you addicted on Facebook!