recent_artcl
Menu
Indirectly you are working as non paid content creator!
Social Media Platform is For The People By The People!
Back

Thank You Very Much! You are working SO I AM EARNING! 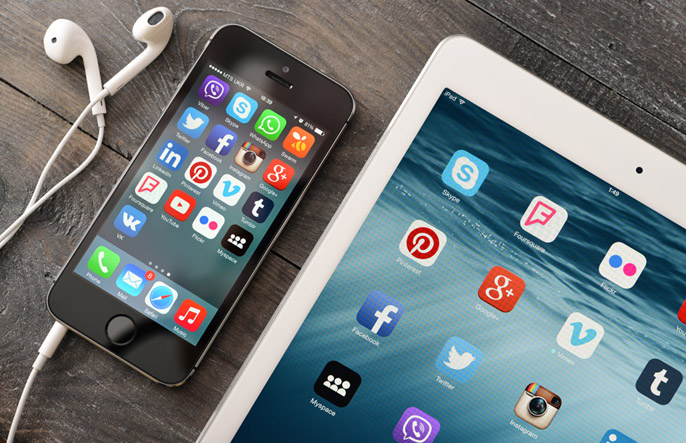 We are leaving in the digital social world! Its ok if we don't meet our family & friends in person; but it's not ok if you don't like posts and / or pictures uploaded by them on Facebook. In no matter of time Facebook became single largest human directory on this earth; where in most of the users key in their real age, sex, place, relationship status, education, company information and designation. Be it any part of the world everybody knows about FaceBook. Agree but what are we talking about?

We are talking about offline mass-media like News Paper, TV, Radio v/s mass medias of digital world like FaceBook, Twitter, YouTube, LinkedIn & many more. To promote / advertise any product we need mass-media with reader / viewer base; any media is known as mass-media when it reaches target of 50 millions users; Refer to following data on years it took for some of the mass-media to reach a market audience of 50 million users.

We all know that traditional Mass-media is own and managed by media companies / News Channels and they produce very good content to attract reader / viewer; base on which they get revenue from advertiser. Loyal reader / viewer base is must and content is KING for any mass-media to survive! This is what we have seen so far with TV, Radio & News paper.

Now see the way digital revolution created virtual mass-media platform which crossed target of 50 millions users in no matter of time and numbers added every minute from all over of the world. We refer this virtual mass-media as social media !

If this is the case What is Social Media? & Who Owns it? Social Media is use of web and mobile based technology which allows the creation and exchange of user-generated content. In a simple term it is platform FOR THE PEOPLE BY THE PEOPLE & hence content generated and owned by all of us.

Have you ever seen FaceBook publishing any post or uploading photos, Twitter as a company tweets on general matters, YouTube produces video or If Linkedin add any profile? NO.... Its you and me who keep adding content every second and this gigantic social media platform just store whatever data comes to them without crashing ever!

To hold data on single platform is huge task and developer of social media platform incur heavy IT INFRASTRUCTURE cost at their end. So what's their revenue? Off-course they earn from advertiser by selling them advertisement. And why would advertiser pay these platform? Simple answer is these are the single largest platform having largest number of people connected / subscribed; in most of the cases with real personal data and most important from almost every country of the world (Unless & Until government of particular country has ban on any of social media platform)

This gives an opportunity to advertisers to approach single mass-media and reach the audience spread across whole world with strong filter where advertiser can select age, sex, relationship status, place & designation to carry brand message to the exact target audience and at fraction of cost they were paying to the traditional mass-media.

As a users of these social media platform we enjoy using it as it allows us to connect with friends and family, upload pictures, songs, videos and what not at no cost and in most of the cases no data / size limits been set. It allows us to express our view-point on anything and everything in public domain!

So indirectly when we get time we are working for social media platform as Not paid FREELANCER content creator and content created by us has reader base of our own group of friends & their friends who read and like it! This loop goes endless as every active user on social media create content and share among their group.

At the end what are I am trying to tell you? use this social media platform or don't use it? If you are enjoying the platform how can I suggest you not to use it? just because developer is earning; let them if you too are enjoying and getting satisfaction of posting!

I tried this indirect approach of explaining the simple fact that these mass-media companies of digital world created a platform and made you connected & addicted in such a way that you keep adding content for them to earn more from advertisers; and they are telling you hey "Thank You Very Much! You are working SO I AM EARNING!"